Whether it’s the famous Moore’s law, or our own Sentient Enterprise capability maturity model for analytics at scale – there are lots of frameworks for understanding how innovations and breakthroughs build exponentially on one another to fuel rapid digital growth. One thing that’s becoming increasingly clear is that analytic solutions must harness and scale innovation at the real-time pace it’s happening. Sometimes, this rapid success creates entirely new challenges of its own.

I’ve previously advocated fail-fast strategies for maximum insight, recovery and ultimate competitive advantage. What I’m talking about here is the “symptom of success” kind of challenges that exist only – and precisely – because some new technological capability made them possible.

Some of these symptoms of success can be as vivid as they are technical. Consider an example by way of a senior data executive at a leading car sharing service during his discussion with colleagues at a 2016 industry forum: It turns out that – while the company’s piloting of a driver-less taxi program in Pittsburgh, Pennsylvania, has been a success – the scenario raises new and unsavory issues like, “how will the car know to clean itself if an occupant throws up during a ride?”

Fortunately, the executive told his panel audience that algorithms don’t have weak stomachs – allowing them to hypothetically leverage environmental sensors and cleaning crew logistics for new solutions to keep you, as the next passenger, from finding out the hard way that a taxi should have been taken out of service.

As another example, at that same forum, I also heard a senior data analytics executive for a Major League Baseball team talk on the legalities of using players’ health data for competitive advantage. Analytics now make it possible to align health data with real-time metrics to gauge player fitness, fatigue and performance during games. But, that has created a new conundrum: Does that valuable health data belong to the team (as a team asset), or to the player (as federally-protected personal health data under HIPAA)?

In this case, the executive said the team’s policy was to honor patient privacy while still leveraging less sensitive aggregate data or other input, like physical performance evaluations. Regardless of the exact remedy, that’s the kind of policy question that only becomes possible as new capabilities point the way. 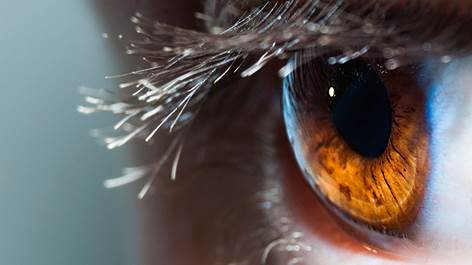 Another Symptom of Success: Demand for Digital Leadership

Innovation drives capabilities; which, in turn, drive new business or policy problems. The previous two examples were fairly narrow to illustrate a point. But let’s take a broader dynamic that is affecting our entire industry – that’s the lack of digital leadership.

As with other symptoms of success, the shortage of digital leadership comes amid tremendous growth in capacity, connectivity and bandwidth that’s putting unprecedented big data capabilities within most companies’ reach. The challenge – as I’ve often quoted industry analyst Tom Davenport – is that “you can buy digital capabilities a lot more easily than you can buy digital leadership.”

“If you don’t address both the physical assets and the business processes, you don’t have sustainable change,” I was reminded recently by the chief digital officer for a major multinational networking company that’s undergoing a self-disruption. He said success involves innovating as much around your digital operating model as around technology. “You should be innovating around roles/responsibilities, innovating around insights, competencies, behaviors and operational procedures,” he said.

As you drive your organization for real answers from data, success requires a constant appetite for change. Ideally, your system’s architecture and design accommodate the prospect of increasing data, users, queries and demands well beyond those initially identified. Your model for success is grounded on advanced long-range planning and recognition of the need for consistent, scalable growth.

One thing is becoming increasingly clear: analytic solutions must harness and scale innovation at the real-time pace it’s happening. And sometimes, this rapid success creates entirely new challenges of its own. Tweet This
RAPPORT GARTNER 2022

Mr. Ratzesberger has a proven track record in executive management, as well as 20+ years of experience in analytics, large data processing and software engineering.

Oliver’s journey started with Teradata as a customer, driving innovation on its scalable technology base. His vision of how the technology could be applied to solve complex business problems led to him joining the company. At Teradata, he has been the architect of the strategy and roadmap, aimed at transformation. Under Oliver’s leadership, the company has challenged itself to become a cloud enabled, subscription business with a new flagship product. Teradata’s integrated analytical platform is the fastest growing product in its history, achieving record adoption.

During Oliver’s tenure at Teradata he has held the roles of Chief Operating Officer and Chief Product Officer, overseeing various business units, including go-to-market, product, services and marketing. Prior to Teradata, Oliver worked for both Fortune 500 and early-stage companies, holding positions of increasing responsibility in technology and software development, including leading the expansion of analytics during the early days of eBay.

A pragmatic visionary, Oliver frequently speaks and writes about leveraging data and analytics to improve business outcomes. His book with co-author Professor Mohanbir Sawhney, “The Sentient Enterprise: The Evolution of Decision Making,” was published in 2017 and was named to the Wall Street Journal Best Seller List. Oliver’s vision of the Sentient Enterprise is recognized by customers, analysts and partners as a leading model for bringing agility and analytic power to enterprises operating in a digital world.

Oliver is a graduate of Harvard Business School’s Advanced Management Program and earned his engineering degree in Electronics and Telecommunications from HTL Steyr in Austria.

He lives in San Diego with his wife and two daughters.