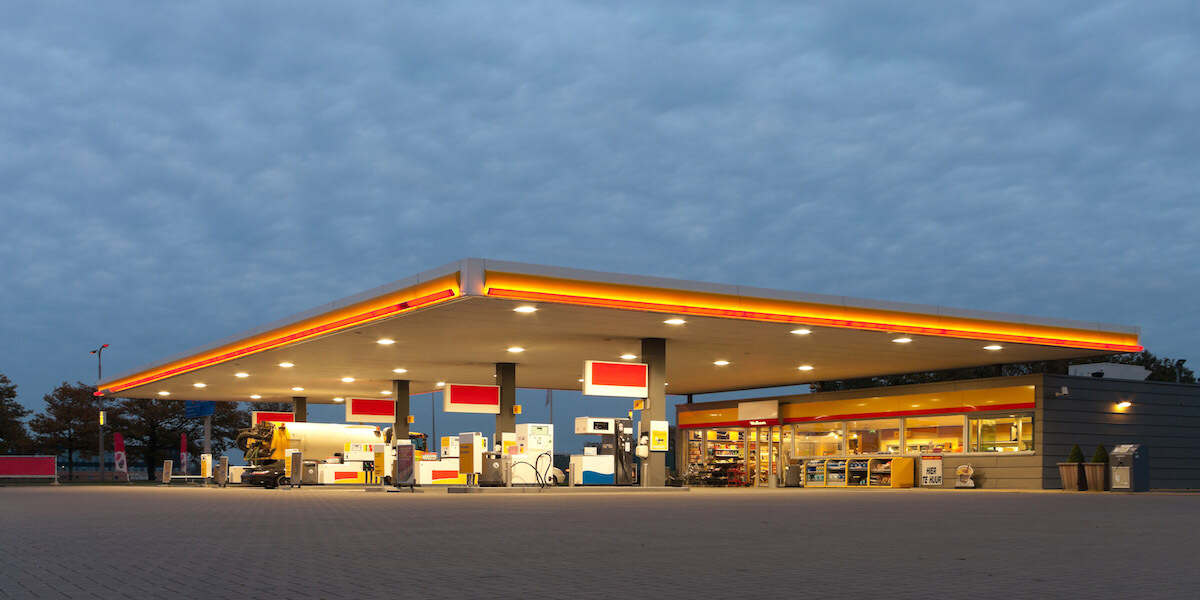 Niall O'Doherty
Cet article de blog peut contenir des informations obsolètes. Check out the latest Tendances technologiques posts here
I probably visit my local petrol station (service station, or even gas station for my American friends) on average between ten and twelve times a week. I do this despite living just three kilometers from the center of Dublin. My neighbourhood has great restaurants, shops and supermarkets. We recently went back to being a single-car-family because of how low our car usage. We even went green(er) – choosing a plug-in hybrid. So why do I, and people like me, frequent the petrol station so often?

Data from UK Forecourt Market Report 2020 show that fewer than one in five say fuel is the top reason for visiting an Energy retailer. Twenty-four percent even stop by a service station on foot, rather than by car.

I’m no expert on why others call into their local service station. But I know why I do.

I know there’s somewhere to park without searching for a spot or having to pay for a space. I also know the distance from car to shop is just a few paces at most. I know they have what I need – newspaper, milk, bread, beer, a lottery ticket, soft drinks, sweets for the kids, and perhaps a chocolate bar if I feel I’ve earned it. And importantly, I know the trip will be swift and the staff friendly.

In 2007, the Irish economist David McWilliams (ranked 11th most influential economist in the world1) wrote an article on the ‘Breakfast Roll man’. “His every move is being noted by the trend-spotters who realise that his buying behaviour is the key to their profits. He is part of the Spar generation – a shopper with no loyalty who wants convenience, wants it now, close at hand and wants it in the car. Why do you think Irish garages have gone from being petrol seller, to being newsagents to Mandarin speaking 24-hour restaurants with names like Night and Day? This is the new face of suburban Ireland and Breakfast Roll man is its chief architect, head financier, town planner and designer.”

In business today the front-line workers and managers are the modern-day Breakfast Roll men and women. These consumers are the chief architects, head financiers, town planners and designers of future modern businesses.

Digital natives and immigrants (both customers and employees) demand convenience. They expect speed. They expect simplicity. They expect information availability and integration. Process complexity frustrates them. Because they aren’t comparing your user experience to similar businesses, but to the best experiences they’ve ever had.

They are also baffled by IT departments that add accidental complexity to a world that’s already complex enough. They want to get to the truth, with the information that they need to make better decisions. Integration, simplicity, and speed. That’s what they want from you.

Within any large enterprise there are tens of thousands – if not hundreds of thousands – of highly skilled, educated people, all wanting to make a difference; to do the best job they can. But most corporations put up barriers to progress through inconvenience. It’s hard to get what they need to test an idea; to analyse their hypothesis; to challenge the current status-quo. So they give up.

I recently overheard a comment from an Energy sector IT executive who said, “Users will have to adapt to the (Hadoop) technology if they want to see results”. Frankly, this is a ludicrous example of superficial change. The IT tail wags the business dog. And the dog should bite back.

I firmly believe it is the millions of modest improvements – implemented by business users themselves – that will ultimately transition Energy retailers to becoming world-class and true segment leaders.  For this to happen, companies need to make it easy and convenient for their people to get answers to the questions they are interested in.

Ultimately, most people want to solve problems. They want to add value and insight and take action. What most people do not want is to waste time trying to understand how the technology works, where data is, whether it’s correct and complete. They want to avoid the boring stuff.

They want to be like Robert Nay, a 14-year-old from Utah. Back in 2011, he developed the highly addictive mobile game Bubble Ball. He was no coding expert. He had no deep insight into how the iPhone hardware or software worked.

What he had was an idea for a game. And with the help of his mother, he used a software development kit to develop and write his game in about one month. In its first two weeks it was downloaded two million times from the iOS App Store. At one point, it even displaced Angry Birds from the number one spot. Not bad for a 14-year-old!

Smart companies want their people to develop and deliver new capabilities quickly – to be like Robert Nay (although perhaps not with the help of their mothers). To do this companies need to invest not just in the large distribution centers and supermarkets of mass data storage, but also in the local convenience stores and petrol stations: the data management and analytics that allow people at all levels to deliver value to the business.

A platform of convenience

Perhaps a good place for Energy retail to start building these types of platforms is in the petrol station or retail area. These are very large global businesses, but local nuances and changing market dynamics mean they could benefit from enabling local insight and decisioning.
Each of these global Energy companies – along with many others – are interacting daily with millions of people around the world. These companies are in a position to build a truly data-driven platform to boost growth, innovation, customer loyalty, and manage change.

The future of Energy retail

The retail operations of the future will run millions, if not billions, of queries per day. They’ll enjoy total product visibility and understand every customer, through every channel. Always on. Always optimizing.

This is not an easy task, and few of today’s platforms are up to the task. The correct platform and automation is the only way to act at the speed needed to deliver. Automation, plus exception and alert management across every node of the organization, creates the time and space for more strategic analysis. It permits the switch from firefighting to scenario planning and simulation.

These capabilities enable transformation, which in turn guarantees growth, survival, and yields unprecedented return to shareholders – just look at Amazon, eBay and Apple.

Retail doesn’t have years to evolve. The scale and pace of change is intensifying. It means retailers must become more agile and responsive to meet the needs of the new digitally enabled economy.  With the right partners and insights, game-changing results can be delivered in a few weeks or months.

Teradata helps release the inner Robert Nay in the enterprise workers striving to make a difference. We work with existing cloud and technology partners to deliver convenience. We do it by unlocking speed, integration and simplicity.
RAPPORT GARTNER 2022

Niall O'Doherty leads a team of business and industry focused consultants that are helping leading global companies to do more with their data and drive value through analytics.  Niall has responsibility for entering and growing new industry, markets and customers for Teradata, in industries as diverse as Energy,  Oil & Gas, Automotive, High Tech, CPG and Industrial Manufacturing. He is very focused on the value of detailed and complex data and especially the proliferation of the “Internet of Things”, Digitalisation and the associated analytics that are required. Before joining Teradata in early 2002 Niall worked for BearingPoint (KPMG Consulting), Johnson & Johnson and E&J Gallo Winery.

Niall holds a B.E.and an M.Sc.(Eng) from University College Dublin.

He is married with two young children and is a fully signed up supporter of Leinster Rugby.