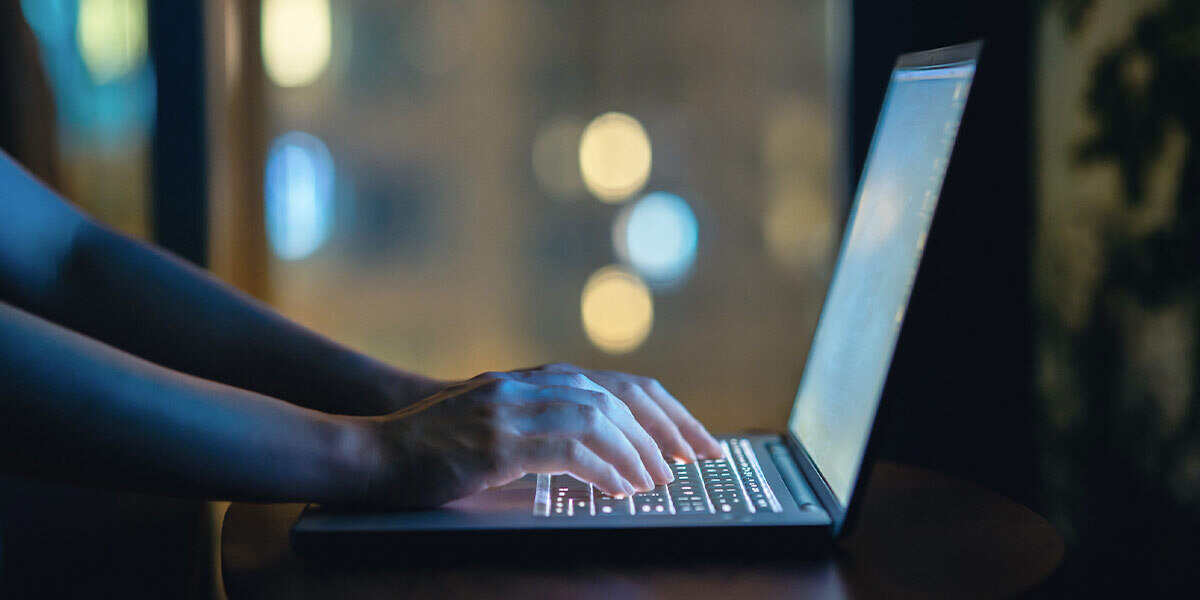 According to PwC's Global Economic Crime and Fraud Survey 2022, 46% of respondents—primarily C-suite members of enterprise-scale organizations—said they experienced "fraud, corruption, or other economic [crime]" in the last two years. The biggest enterprises, unsurprisingly, took the biggest hits, with about 20% of those earning $10 billion or more in global annual revenue experiencing at least one scam costing $50 million or greater.

Fraud is too great a threat for any organization to ignore—especially those in banking and finance, but also those in verticals like healthcare, insurance, and retail. A successful fraud management strategy requires adopting cutting-edge artificial intelligence (AI) and machine learning (ML) technologies. Fraud detection machine learning tools help organizations in many industries uncover and mitigate fraudulent transactions quickly, efficiently, and at scale.

The quality that makes machine learning algorithms—and the solutions they empower—ideal for combating fraud is their ability to learn and continually improve through consistent use.

For the purposes of fraud detection, ML implementation begins with the training phase in which the machine learning algorithm is "taught" how to recognize the signs of a bogus transaction. This requires the ingestion of large data sets full of historical fraudulent transactions. Once the algorithm has been thoroughly trained, it will start developing the ability to learn new patterns and anomalies indicative of fraud—beyond those it was originally programmed to detect.

The complexity required to detect fraudulent activity in banking, finance, and various other sectors means a variety of different machine learning models—and training methods—are used for this purpose.

Scale and scope are arguably the biggest factors that drive anti-fraud teams in numerous industries to incorporate machine learning into their fraud prevention and detection operations. There are just so many transactions happening at any given time in the business world: hundreds of insurance claims being processed, thousands of healthcare authorizations being requested, millions of debit and credit card transactions taking place, and so on.

Detecting fraud amid all of that simply isn't possible without high-level automation, due to the volume of data involved. A modern machine learning system is not only built to handle such data volumes, but also to thrive and improve its performance as it ingests and processes more information.

In a world where fraudsters launch new scams at a furious pace, anti-fraud professionals need a tool that evolves and gets better as time goes by. Even when a ML-based fraud detection algorithm can't recognize one swindle before it's too late, every data point from that failure will go toward stopping future fraud. It examines the transaction for never-before-seen details while comparing them to historical data. In major sectors like e-commerce, where there is less variety in the types of fraud enterprises experience, the likelihood of ML solutions eventually identifying a pattern—and knowing to halt similar transactions next time—is high.

Earlier, we alluded to some of the notable ways in which a machine learning model can combat fraud. Here, we'll examine those use cases in greater detail.

Often thought of as a malware vector, phishing can also easily be a medium for subtler profit-motivated fraud. Imposter scams, which the Federal Trade Commission (FTC) identified as the most common kind of consumer fraud, can just as easily target a CEO as they can a retired construction worker. Fraudsters go after executive-level staff often enough that there's a slang term for it: "whale fishing."

Enterprise employees may also be targeted en masse through phishing, in a type of scam known as business email compromise (BEC). According to the FBI, businesses lost $43 billion between 2016 and 2021 as a result of this form of fraud.

There are times when preventing identity theft is relatively straightforward, handled by legacy rules-based systems. Consider a login attempt from an unfamiliar location, which triggers a multi-factor authentication process.

But most of the time, identity theft is much more complicated. Synthetic identity theft, where false details blend with fragments of real identities, is becoming increasingly common, as is account takeover. The latter, which involves large-scale credential theft, is especially pernicious, as it can allow criminals to steal unemployment funds and other critical government benefits.

ML systems combat identity theft by starting with the predetermined outcomes or conditions seen in traditional rules-based fraud detection—via unsupervised learning—and gradually expanding their parameters to build a sophisticated decision tree. While these ML tools cannot predict whether an identity will be stolen, the algorithms quickly find correlations and anomalies and then cluster them so they're distinct from expected patterns. This allows anti-fraud personnel to understand where weaknesses in their identity protections exist, so the entire security team can work to mitigate them.

There are approximately 2.3 billion cards in circulation from Visa and Mastercard alone as of mid-2021, per research from the journal Human-Centric Intelligent Systems. Thus, it's impossible to overstate the risks posed by debit and credit card fraud. This danger most directly affects consumers, banks, major credit card companies, and the "Big Three'' credit bureaus—Experian, Equifax, and TransUnion—but it also poses a major threat to retail chains that issue branded cards.

Numerous ML techniques can help detect and prevent fraud. Some of these are rooted in supervised learning, including KNN, SVM, and random forest—a variant of isolation forest. Unsupervised artificial neural networks (ANNs) are also sometimes seen in this use case due to their accuracy rate and fault tolerance. A financial institution will most likely be best served by using a combination of supervised and unsupervised methods instead of choosing one approach.

Although automated clearing house (ACH) payroll fraud is more common in small businesses than enterprises, virtually any organization can fall victim to this kind of scam. Payroll fraud can just as easily be the work of internal perpetrators—the scam-artist employees who caused 31% of serious enterprise fraud incidents between 2020 and 2022, according to PwC—as it could stem from outside malicious actors. In fact, it may even be easier to perpetrate an inside job—and harder to detect one.

Fraudsters can find ways to fabricate government-issued identification—driver's licenses, state IDs, and so on—and other official documents. This often involves signature or image forgery. While this is an extremely difficult kind of fraud to pull off, scam artists still attempt it, as there's no telling how much havoc they can wreak on the lives of consumers and the bottom lines of companies if successful.

A truly complex scam requires an equally intricate detection method—and that's exactly what the advanced subset of machine learning known as deep learning can offer. Techniques like natural language processing (NLP) and computer vision are essential for identifying the visual anomalies that will give away a false signature or ID image. A convolutional neural network (CNN) with multiple hidden layers is best equipped to detect these outliers.

Although ML systems require a lot of data to train and plenty of processing power to complete their computations, there's virtually no scenario in which they'll be slower to detect fraud than a human being.

Whether it's false negatives or false positives, inaccuracy in fraud detection must be as infrequent as possible. By massively reducing the likelihood of human error or bias compromising the data necessary for fraud detection, ML helps ensure fraud is found exactly when it's happening—ideally, before the fraudulent transaction can process. For example, Human-Centric Intelligent Systems identified a 95% accuracy rate for ANNs used in credit card fraud detection.

Fraud prevention is so much more than detecting and proactively stopping threats. With the support of ML algorithms and comprehensive analysis of key performance indicators (KPIs) related to potentially fraudulent transactions or claims, business leaders can identify weaknesses in their systems and be better prepared to fix them. This also enables risk analysis that helps organizations avoid potential fraud sources: individuals with dubious credit, employees with murky histories, business propositions that look too good to be true, and so on.

Despite its long history—almost a century and a half in business—Danske Bank is anything but old-fashioned. The Nordic regional bank realized in the mid-2010s that rules-based fraud detection systems with entirely human-written policies weren't right for an era dominated by online and mobile banking. Danske was only identifying 40% of its fraud cases with traditional rules engines.

Through its relationship with Teradata, U.S. Bank realized that fraud analytics powered by AI and ML algorithms represented the only surefire way it could protect its millions of customers from fraud as effectively as possible.

The solution the two parties devised, which allowed for meticulous real-time monitoring of transaction KPIs, meant that the bank could constantly search for both known fraud indicators and new anomalies—an absolute necessity in a world where fraudsters are regularly trying new scams. This helped benefit not only its retail customer base but also the numerous clients of its Treasuries-based financial instruments.

Detecting fraud is crucial, especially in cases where detection means a scam can be stopped in its tracks before damage is done. But true fraud prevention is as much about strategy as it is about detecting and blocking fraudsters in real time. This requires a truly unified view of transactional and behavioral data, as well as ML models that are capable of analyzing fraud risk well in advance.

Teradata's robust fraud prevention solutions combine a close examination of first-party behavioral data points—digital interaction, time, location, and so on—from multiple channels with the ability to create and test AI- and ML-based fraud prevention models. With Celebrus' data collection built into the expanded cloud-native analytics functionality of Teradata VantageCloud, enterprises give themselves a strong foundation upon which to build and maintain a lasting fraud prevention strategy.